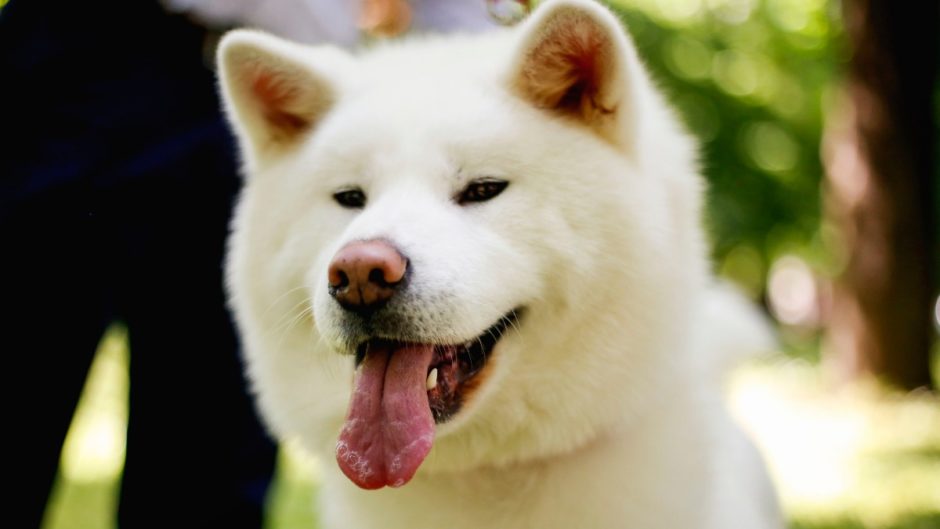 Every dog hails from somewhere in the world and there are a variety of amazing dog breeds from Japan.

Do you know which Japanese breed was smuggled back to the United States on airplanes after World War II? Can you guess which breed was refined in Japan but probably originated in China or Korea? These dogs of the rising sun pack a mighty bark and spot in history. See how many of these are familiar and which ones surprise you.

It is believed this breed, whose name in Japanese means brushwood, originated over 3,000 years ago. Bred to hunt primarily birds and small game animals, the dog would occasionally hunt for deer, boar, and bear with his owner. A smaller member of the American Kennel Club’s non-sporting group, this self-assured pooch is known for his “Shiba scream” when he gets excited.

For Shiba owners looking to show off their dog love, the Pet Gifts USA My Faithful Friend Shiba Inu coffee mug is both functional and beautiful and lets you showcase your favorite breed.

His namesake aside, this breed is believed to have originated in China or Korea. However, it was the Japanese aristocracy that made this dog popular in Japan. This small dog, who weighs in at less than 10 pounds was revered in high social circles in the country. Small and fragile, the AKC reports “Chins” were sometimes bestowed upon foreign diplomats and nobility in honor of service to Japan.

The Akita is considered a Spitz breed, meaning it shares traits and ancestory with other similar breeds. The Akita was smuggled back to the United States on airplanes after World War II. American servicemen become fond of the breed, thus helping to establish the breed in this country. His lush double coat requires dog brush care, while his brave personality and affection to his family make the Akita a popular pet. He can weigh in at over 100 pounds, so coupled with his great strength, prospective pet parents should research the breed before bringing one home.

Looking to share your Akita love with everyone around you? The Imagine This Company Akita bone magnet makes a great addition to your car, refrigerator or both!

According to the Japanese Spitz Club, this alert and inquisitive breed is a people pleaser. It is believed that a large white German Spitz was brought to Japan in 1920 and first exhibited as a show dog in Tokyo the following year.

Because the breed is too similar to the AKC-recognized American Eskimo Dog, the Japanese Spitz is not recognized by that club.

Sometimes called “Shikoku Inu,” this native Japanese breed was used mainly as a hunting dog. Some sources claim this breed is not as independent as some of the other Japanese breeds of origin, but not a dog for every prospective pet parent. The Shikokuis one of the six, native, Japanese spitz-type dogs, with estimated registrations outside of Japan around 100 as of 2010.

Bred for deer and boar hunting, the Kisha is of true Japanese ancestry. He will stalk over barking at its prey. It is believed the breed descended from wolves and the majority of Kishu in modern times are white in color. Due to the Japanese popularity of the white Kishu, most of the breed exists in this color. The breed’s name is indigenous to its area of origin, Kishu.

This rare Japanese dog breed, also called Tosa Inu, has been bred as the ultimate fighting dog in Japan. With origins in the Tosa region, where dog fighting was a large and celebratory sport, he is a massive and stately dog. With weights ranging from 80 to 200 pounds, the Tosa dog is large, formidable, and banned in some countries. Loyal and eager to please his pack, he is athletic and highly attuned to his owner.

Thought to be the “wildest” and perhaps oldest of the Japanese breeds, the Hokkaaido Inu is a muscular hunter who guards, defends, hunts and even sleds. The breed was designated a Japanese Natural Monument in 1937. He is not an AKC member, but is another of the original Japanese dog.

With his tiger stripe fur as a distinguishing trademark, this intelligent, alert breed is both agile and guarding in nature, with a hunting instinct. According to the North American Kai Association, “this was a wild dog and will revert back to its wild nature if not guarded properly.”

Though not originating in Japan, this breed is thought to be a descendant of the Smooth Fox Terrier. Brought to Japan by traders from outside the country, the Japanese Terrier was recognized by the United Kennel Club in 2006. The breed is rare outside of Japan and has both a lively and cheerful character.

Though not originating in Japan, this breed is thought to be a descendant of the Smooth Fox Terrier. Brought to Japan by traders from outside the country, the Japanese Terrier was recognized by the United Kennel Club in 2006. The breed is rare outside of Japan and has both a lively and cheerful character.