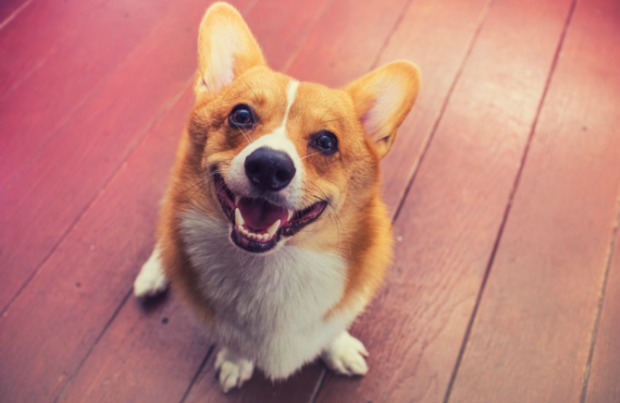 Looking to find an affable pup for your family? While finding and raising a good-natured dog will depend on their socialization, there are some breeds that are considered to be more predisposed to friendliness. With the help of the American Kennel Club, here’s our list of the friendliest dog breeds.)

Originally used to “set” game by crouching low near birds so that hunters could get close to the game by throwing a net over both the bird and the dog, Irish Setters have been popular throughout Ireland and the British Isles since the 18th century, according to AKC spokesperson Lisa Peterson. In addition to their hunting skills, Irish Setters have outgoing, clown-like personalities, making them a friendly favorite with families. The breed is high energy, though, and requires lots of daily exercise.

Initially used in work alongside fishermen in Newfoundland to pull in nets and catch fish that escaped from fishing lines, the Labrador Retriever has a stable temperament that is suitable for a variety of activities outside of hunting. Because of their easygoing nature and trainability, millions of Americans choose to own a lab as a companion in the home. With a great aptitude to please their masters, Labrador Retrievers excel as guide dogs, search-and-rescue dogs and law enforcement dogs, according to Peterson.

A happy-go-lucky breed that naturally enjoys the company of other dogs and humans, Beagles have lived in packs for hundreds of years and make wonderful family pets. “Beagles are known for their merry personalities and following their noses, which can lead them into some mischief and maybe even meeting new friends,” Peterson said.

Though they are instinctive guardians, Boxers love to be with people. One of the breed’s most notable characteristics, Peterson said, is its desire for human affection, particularly from children. They’re patient, spirited and protective with children, making them a popular choice for families.

Originally from England, the Staffordshire Bull Terrier is affectionately known as “The Children’s Nursemaid” or “The Nanny Dog,” Peterson said, with a well-known tolerance of and affection for children. Courageous, obedient, highly intelligent and affectionate, Staffordshire Bull Terriers are primarily used as companion dogs and can also be seen in show, obedience and agility rings.

The true purpose of the Cavalier King Charles Spaniel has always been as a companion dog, with its image being used alongside aristocratic families in paintings and tapestries for centuries, Peterson said. Their sweet, gentle nature makes them a trustworthy companion for children and a wonderful family pet.

An exceptionally smart and active breed that excels in obedience training, Poodles have a friendly nature and outgoing personality. With three sizes to choose from, standard, toy and miniature, you can find the right size pet for your environment and needs. All three sizes have been used to work with humans in various capacities, from retrieving to truffle hunting and performing in circuses, Peterson said.

Nicknamed “the American Gentleman” because of its tuxedo-like coloring, gentle disposition, intelligence and suitability as a house pet, Boston Terriers are used primarily as a companion. They’re easy to train and will happily remain at their owners side throughout the day.

One of the most agreeable housedogs as well as an avid competitor in many dog sports, Pembroke Welsh Corgis love to be with their families. They’re bold, friendly and are easy to train. Just don’t be shocked if they try to herd you!

With a history of hunting small game, like rabbit and hare, in its native country of France, the Petit Basset Griffon Vendeen loves to work. They’re confident, happy and extroverted but are best suited to an active owner whom they can please, Peterson said. Like all dogs, friendliness will depend on its socialization from a young age on.

“Friendless doesn’t necessarily depend on breed,” Peterson said. “Most dogs are friendly if they have been exposed to new people, places and experiences as they were growing up.”