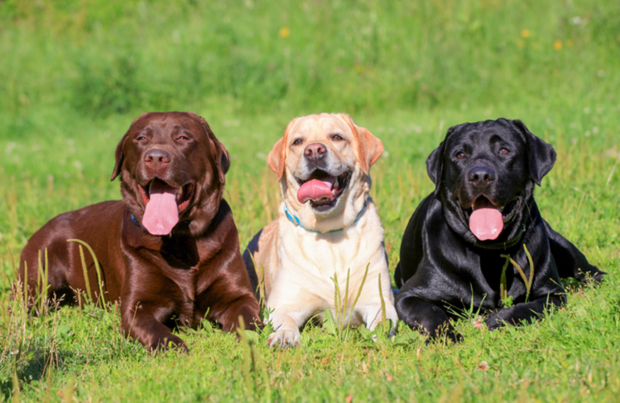 Adding a dog to your household brings joy and happiness into your life; however, it also brings a whole new set of responsibilities. You must be willing to devote the time and have the patience needed to train your four-legged family member.

We asked dog trainer, Laurie C. Williams, owner of Pup ‘N’ Iron, for feedback on categorizing dogs as “easier to train.” Her experience is that “dogs that have been bred for work that require specifically following man’s direction tend to be among the most ‘trainable’ dogs.”

Williams feels that dogs such as the Border Collie or German Shepherd, who are bred to hunt alongside man, will also follow their own instinct and impulses. Some breeds, she says, are strictly bred for companionship and can be more challenging to train. This does not mean the dogs are less intelligent, but rather, they are smart enough to know they can get away with anything just by being cute.

With that, here are the top 10 easiest dog breeds to train.

He loves the outdoors and is very reliable with children via his good-natured personality. Basic training should start early, but the “Bernie” is one of the most beloved and beautiful farm dogs in the working category. He is not very heat tolerant, so any outdoor activity should be monitored.

His ambition and intelligence are not for those who want more of a couch potato breed. The Border Collie is obedient, endearing, and his herding drive with instinctive behavior make for a pint-sized pistol eager to please. Geared more for the experienced owner, Border Collies have a tremendous drive and rank high on the easy-to-train list.

Havanese parents will attest to the loving and childlike nature of the breed, even as they age. He is considered to be a comedian and eager to please. He is passionate about learning tricks and thrives with those who live alone and those with families.

Though he looks like a miniature Lassie, the “Sheltie” is a high spirited and clever dog that makes an excellent choice for agility and other related competitive dog sports. His activity level is high, so the Shetland Sheepdog does best with a family who has time to channel his enthusiasm.)

Robust, smart, and devoted, the Brussels Griffon is part of the toy dog grouping. Though he does not bark often, his particularly unusual appearance and indoor manageability make him a sought after breed for folks looking for a dog that is easier to train.

There is a reason this working breed is often seen rescuing people from avalanches, walking alongside them as a seeing eye dog, or working with the military in locating explosive devices. The German Shepherd performs well, is eager to learn, and is a hard-working reliable family dog.

Considered to be one of the most obedient and more intelligent breeds, the Standard Poodle ranks high on our list of easy-to-train dog breeds. Fanciers of the breed know that this water retriever companion dog is easily recognized by his coiffed cut and fancy appearance. Under that perfectly groomed coat is an affectionate, adaptable, and intelligent dog.

This reliable and noble dog was first bred to provide protection in his tax collector duties to Luis Doberman. He is appropriate for experienced owners but responds well to gentle, consistent training. His high strung temperament often mirrors that of his doting owner.

One of the smallest terriers, the Norwich is confident, social, and loves to bond with his pack of people. His small stature is a large contrast to his ability to train, as he is rambunctious, thrives on activity, and is a great breed for beginners.

One of the most easily recognizable breeds, the Labrador works in everything from drug sniffing to rescue work and seeing eye dog duties. He is playful, affectionate, and one of the most consistently popular breeds to train. He is an even-tempered breed with a passionate for pointing and hunting.

Carol Bryant is the marketing and social media manager. She runs the blog Fidose of Reality.