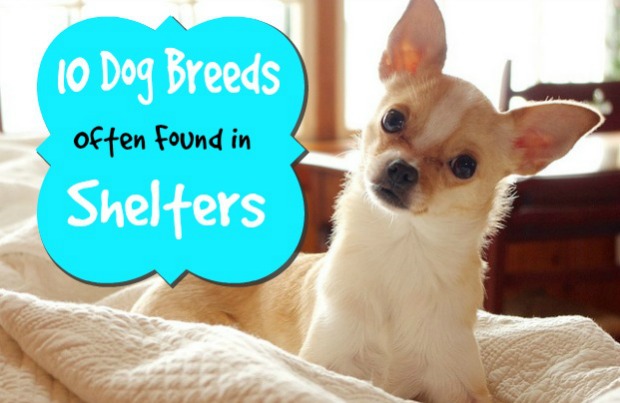 If you visit a local shelter or large rescue organization to check out the dogs available for adoption, you have probably wondered, “Why do I keep seeing that breed? It’s in all of the shelters?”

The assumption may be that dogs of that particular breed may not make a good pet, or maybe it reinforces stereotypes in the media.

Emily Weiss, vice president of research and development for the ASPCA cautions potential adopters not to make those assumptions. “The reason you will see any type of dog more than the others is because it is a tremendously popular breed,” says Weiss.

Weiss says that potential adopters should also always be aware that shelters and rescues sometimes don’t know the breed history and will list a dog by what predominant breed they believe the dog to be. “We know that visual inspections are not very good, a dog may look like one breed, but be another,” says Weiss. “I have a dog from a shelter that looks just like a Jack Russell, but is actually a mix of a poodle and Chihuahua.”

Pet Central put together a list of 10 of the dogs most commonly found in shelters based on data from Petfinder.com. Weiss cautions that although there are certain traits for many breeds, all dogs should be judged as individuals with their own unique personalities. And we believe any of these breeds make awesome adopted pets.)

American Pit Bull Terriers are lumped into the Pit Bull or bully breed family. This may be part of the reason it is seen in shelters in such high numbers. This dog is extremely popular and also has the misfortune of being abused and misused. Some municipalities have even enlisted discriminatory breed bans on Pit Bulls, which causes them to be relinquished. Pit Bulls are generally a very athletic, loyal and loving dog that can be protective of its humans.

Labs often suffer from Big Black Dog (BBD) syndrome in shelters—a theory which argues that big black dogs are adopted less often than other types of dogs. Others say fewer are adopted just because there are so many in shelters and rescue. Whatever the reason, the Labrador is a hugely popular dog, subject to overbreeding by irresponsible breeders. Labs are highly energetic, loyal and loving dogs that make great family companions.

Once used by people with less than good intentions, much like the Pit Bull is today, the German Shepherd remains a very popular dog for its guarding abilities. Weiss says this is one of the most commonly misidentified dogs in the shelter. “People see black and tan and assume it’s a German Shepherd,” she says. This breed is very active and can be very loyal and protective of its humans and home.

“Weiner dogs” or “hot dogs” as they’re sometimes called come in all colors, can be smooth coated or long hair and be standard or a mini. What many people don’t realize is that these dogs were initially bred in Germany to hunt badgers, so they may possess a strong prey drive toward smaller animals in the home such as cats. Dachshunds are very smart and loveable towards their people, but can sometimes can be considered a “one person dog.” They’re also insufferable snugglers and like to burrow under covers.

The Jack Russell is an extremely popular breed that grew in popularity after the television series “Frasier” spotlighted a Jack Russell named Eddie. “People saw Eddie and it might not meet that expectation,” Weiss says. These dogs are usually very active and need to be in a household that can provide a lot of stimulation. They also typically like to bark and play, as well as sometimes chase cats and squirrels.

These dogs are extremely popular, especially in urban areas, because of their small size. Weiss says that although they can be found in shelters and rescues across the country, they are more likely to be found in high numbers on the west coast and Arizona. Weiss theorizes it is because access to spay/neuter services is different in that part of the country. Certain celebrities using Chihuahuas as purse accessories have also made the tiny dogs hugely popular.

Although adorable and loving, this breed does generally have a nervous personality which can make them unpredictable and aggressive with small children and strangers. The Chihuahua frequently barks and is known to be a “fear biter,” which may cause them to snap at kids and strangers that try to pick them up.

The boxer is a large muscular dog with a square blocky head and it is sometimes mistaken for a Pit Bull. This dog became hugely popular in the late 1990s and its popularity has yet to subside, which makes it a prime candidate for overbreeding. The boxer is a very active breed and needs a home that can handle his activity level. The dog makes a great family dog and generally gets along well with children.

Since the arrival of America’s most famous beagle, Snoopy, the popularity of this breed has not waned. Beagles are loving, docile and very tolerant of people and unfortunately, this is why they’re targeted by the scientific community as research animals. As a family pet, they are a hunting breed, so they require a lot of exercise. They are also known for their mournful baying, which might not bode well if you have close-by neighbors.

Known as one of the dogs in the family of “bull breeds,” the American Bulldog is the tallest and among the heaviest in the bulldog family. American Bulldogs weigh between 75 and 125 pounds. They are more athletic than most bulldogs and therefore make good guardians and protectors. Once again, these dogs can be very loyal and loving, but people need to check to make sure they are not banned as a part of the overall lumping of “bull breeds” by their jurisdiction or their insurance company.

Another of the dogs in the bull breed category, these dogs are sometimes lumped into breed discriminatory bans. The American Staffordshire Terrier has a large muscular build with a large head and pronounced jaws. Originally bred to be a farm dog, it has massive strength and is known for its courage. When in the proper home, these dogs are very loyal and can be very playful and good with children.

Kerri Fivecoat-Campbell is a freelance journalist and author who lives in a tiny house with her 5 dogs and husband.