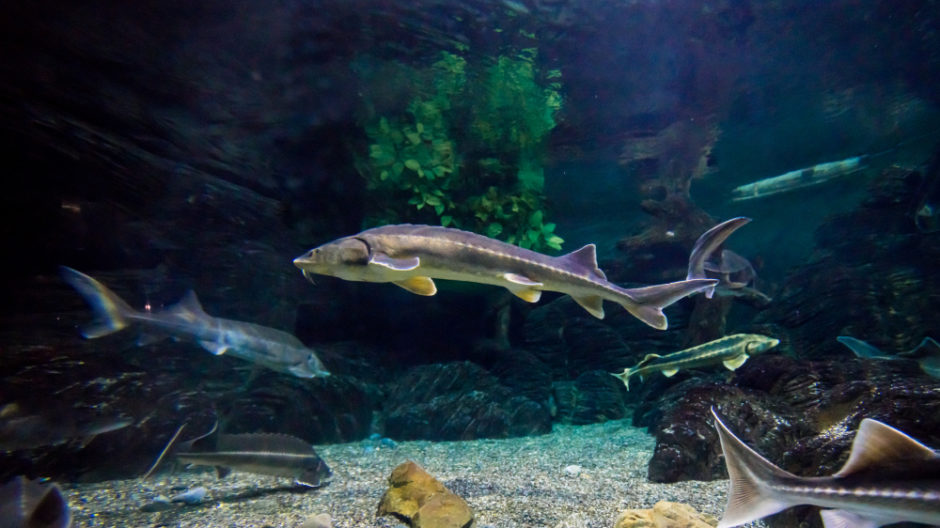 My local fish store has finally stocked a nice 4-inch sturgeon. I have a 40-gallon freshwater aquarium and am hoping to get the little guy. Do you have any ideas on what their care requirements would be?

Well, the genus Sturgeon is composed of about 21 different species of fish. They come from European, Asiatic and North American river systems. In addition to that, these fish are some of the oldest in existence. Most of these animals move through the sea for a great part of the year, sometimes going upriver to spawn. Only a few species live exclusively in freshwater and none occur in the tropics or the Southern Hemisphere.

You may notice that the first challenge to keeping these animals would be temperature. Since they are far from a tropical species they would need cool water temperatures; so cool, in fact, that I can’t imagine safely keeping one without implementing a chiller. Because you are unsure of what species of sturgeon the fish store is carrying, I am going to attempt to make a guess. I am in fact stunned that any fish store in the United States carries these animals. Many North American river sturgeons are endangered and from what little knowledge I have on their history in home aquariums, I always considered the illegal for the average aquarist to keep. In fact off of the top of my head I can’t think of one state where buying or selling a sturgeon would be legal.

In that regard, I would make sure that keeping these animals in your state is in fact legal, as I have heard rumors that illegally keeping them can result in fines of $5,000 or more. My only good guess at the species type, if the fish is in fact a freshwater sturgeon, would be the sturgeon of North American Great Lakes, Acipenser rubicundus. Not only is keeping this fish by anyone other than an expert public aquarium questionable; the fact that most sturgeons reach between 8 and 11 feet in length totally disqualifies them from home aquarium suitability all together.

To top that off the fact that your freshwater fish aquarium is only 40 gallons in size makes keeping a sturgeon totally out of the question. Even if someone possessed a 500- or 1,000-gallon aquarium, I would try as hard as possible to steer them away from keeping these amazing animals. While both sea and lake sturgeons are amazing animals that are highly unique, I personally believe they are better appreciated in books, on film, in the wild or public display aquariums then in the amateur home aquarium.

Really, attempting to keep one of these fish would not be different from attempting to house a black tip reef shark or even a sand tiger shark; it’s just one of those things we shouldn’t try to do in the aquarium hobby. Not only would keeping a sturgeon require a massive aquarium and be a very expensive proposition; I can’t imagine one conscientious or responsible aquarist that would recommend it.