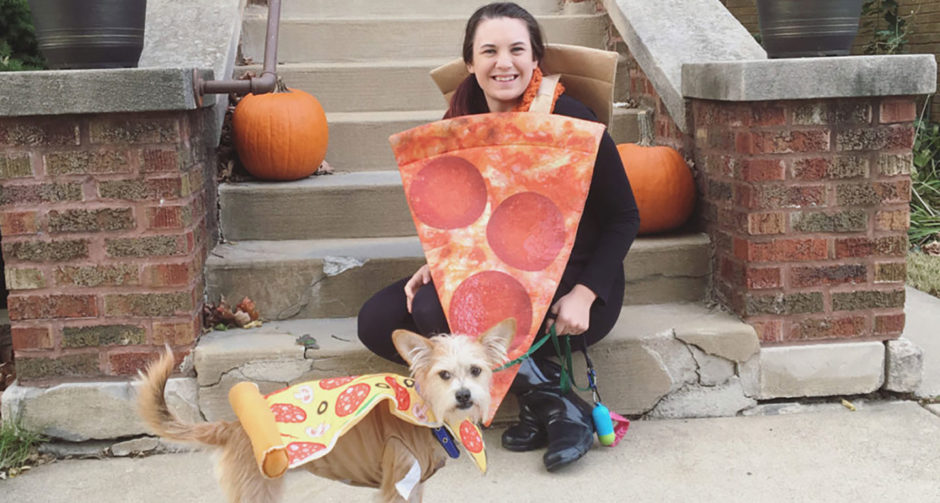 ﻿﻿Halloween is not just for children—there are enough adult costumes and even Halloween dog costumes out there to prove that people (and species!) of all ages can join in on the spooky fun.

After all, when you spend an entire year bonding with your pup and diligently being the best pet parent possible, it’s hard not to want to celebrate on one of the zaniest holidays with your four-legged friend. You can even take it to the next level with matching costumes for you and your pet (be﻿cause why not?).

From spooky to ridiculous to downright genius—showing off your matching couples costume with your pooch is paws-down the best way to commemorate this madcap holiday.

There are so many adorable pictures of dogs in costumes on the internet. But the cuteness level reached a new level when we saw that pet parents matched with their four-legged friend. Here are 16 clever and creative couples costumes for you and your dog:

Benny & I had our first Milburn trick or treat! (I don’t know how the hell I was holding my head to make my neck look like a tree stump but whatever…B looks good.) #twinningwithmydog #matchingcostumes #dogstrickortreattoo #terrifiedofmycousin #familyhalloween

Get this look: You can easily get this look with your pup by dressing him in the Frisco glow-in-the-dark skeleton dog costume.

Because two Pikachus are always better than one.

Get this look: If you want to have a fin-friend this year, throw your pet in the Frisco shark dog and cat costume.

This matching costume is perfect for all the grizzly pups and pet parents out there—like these two.

We bet these two were all the buzz at the Halloween party.

Get this look: The Rubie’s Costume Company ladybug dog costume will transform your pooch into an adorable ladybug.

6. Wayne and Garth from “Wayne’s World”

“Party on,” Wayne and Garth, as we awe over your adorable couples costume.

Unicorns do exist—in all species and sizes.

Get this look: Become a mythical creature with your dog by dressing him up in the Rubie’s Costume Company unicorn cape dog costume.

These two are living proof that you and your pup can both be “dogs,” hot dogs that is.

Get this look: The Frisco hot dog costume will transform your wiener dog into a hot dog.

A classic love story makes for a perfect couples costume.

For when you and your pup both deserve a little extra fur.

?? Just Mom and I as a pair of lobsters on my first Halloween! ?? #halloween #howloween #havaneseofinstagram #puppy #dogcostumes #havanese #lobsters #hatesit #matchingcostumes #twinning

“Bring out the dancing lobsters!”

Get this look: The Frisco Red Lobster dog costume should look “clawsome” with yours.

Can we have a slice of this adorableness, please?

Get this look: The Rubie’s Costume Company pizza dog costume is the slice of the pie you need to match with your pupper this Halloween.

Call the po po—this family has stolen our hearts.

We love this pic of Molly the Batdog and her partner in helping save the city from ghouls and goblins, Batman!!! This submission touched our hearts. This post goes out in honor of Chloe, their other lab that passed away last November. Chloe loved being the center of attention at Halloween parties. We hope Halloween will always bring a smile to your face and make you remember how amazing a dog she was. Our hearts are with you and the “Wide Retriever.” #batgirl #batdog #batman #superheros #dogsofinstagram #halloweenpets #halloweencostume #petcostume #westlaveterinarygroup #wlavg #halloweenpetcostumecontest #matchingcostumes #matchingpetcostumes

Get this look: The Rubie’s Costume Company classic batman dog costume will have your pupper looking like the “Bark” Knight in no time.

We have arrived at the Chocolate Factory (just don’t feed any chocolate to your dog!).

16. Ariel from “The Little Mermaid”

First I find a costume I like for Miri then I find costumes for John and I. #matchingcostumes #corgi @mirithecorgi

What’s under the sea? The little mermaid and her mini-me.

More Couples Costume Ideas for You and Your Pup

Nothing is more fun than matching with your best friend on Halloween—especially ones with four legs! To create the perfect couples costume with your pooch, here are some other creative ways you and your pooch can dress up together. 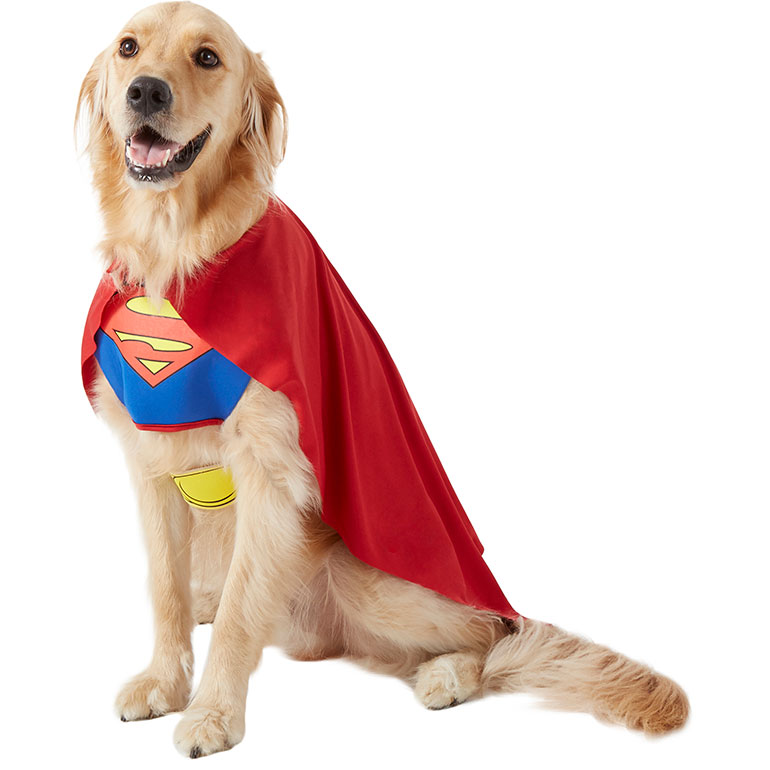 Pet Parent: Lois Lane, or any of the Superman villains. 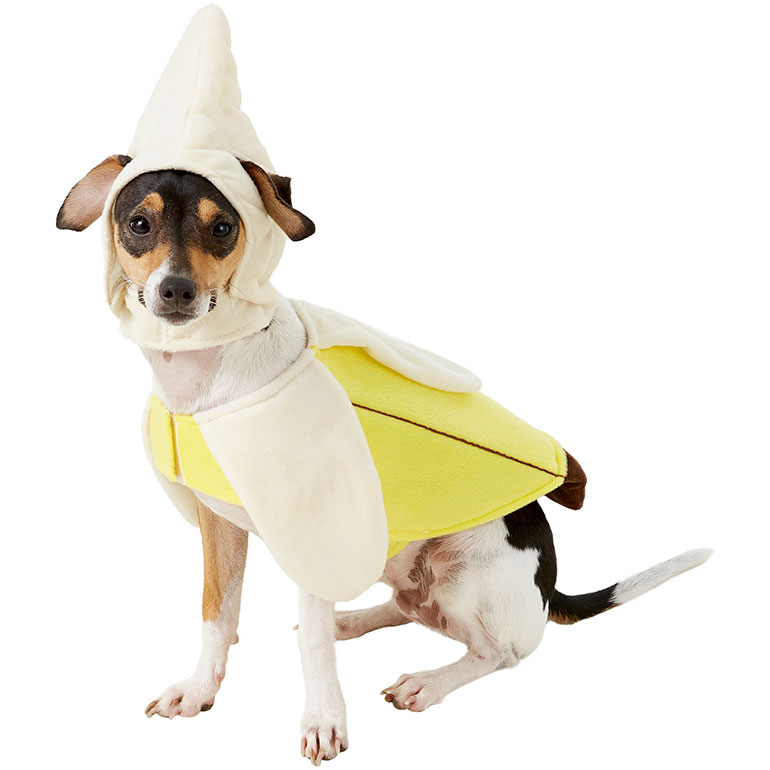 Pet Parent: Monkey or another fruit 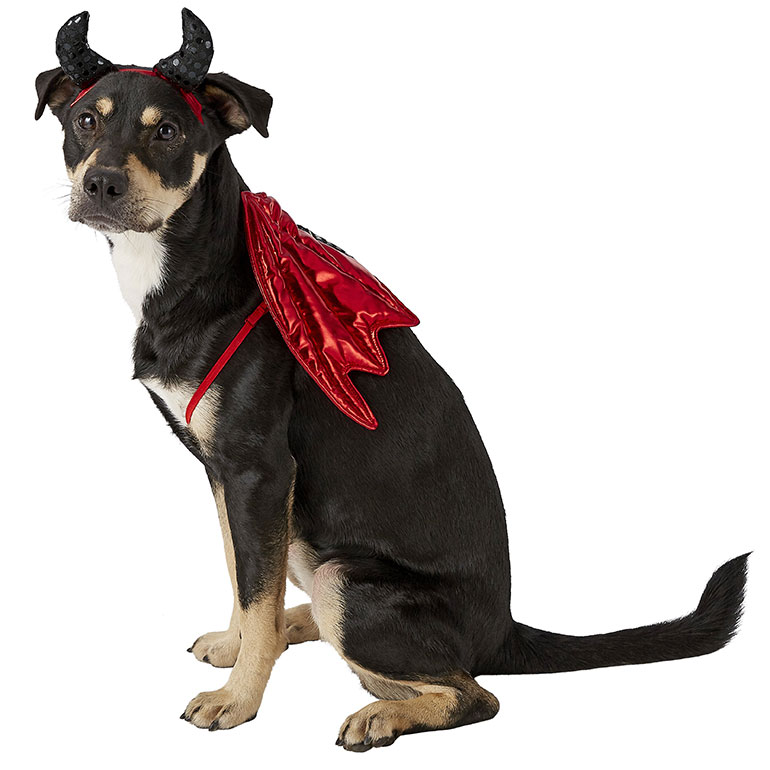 Pet Parent: Angel or another devil 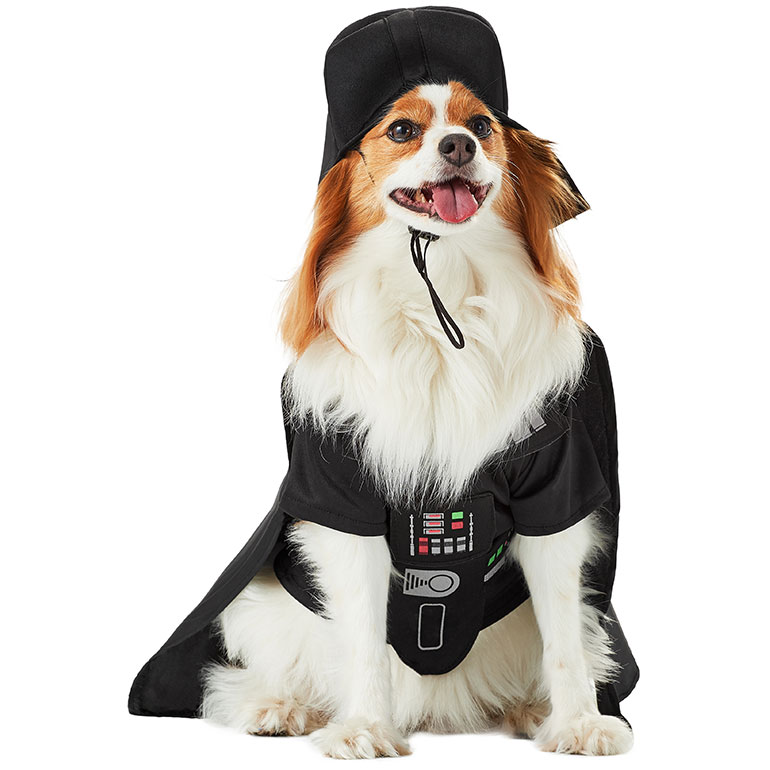 Pet Parent: Luke Skywalker or any other “Star Wars” character 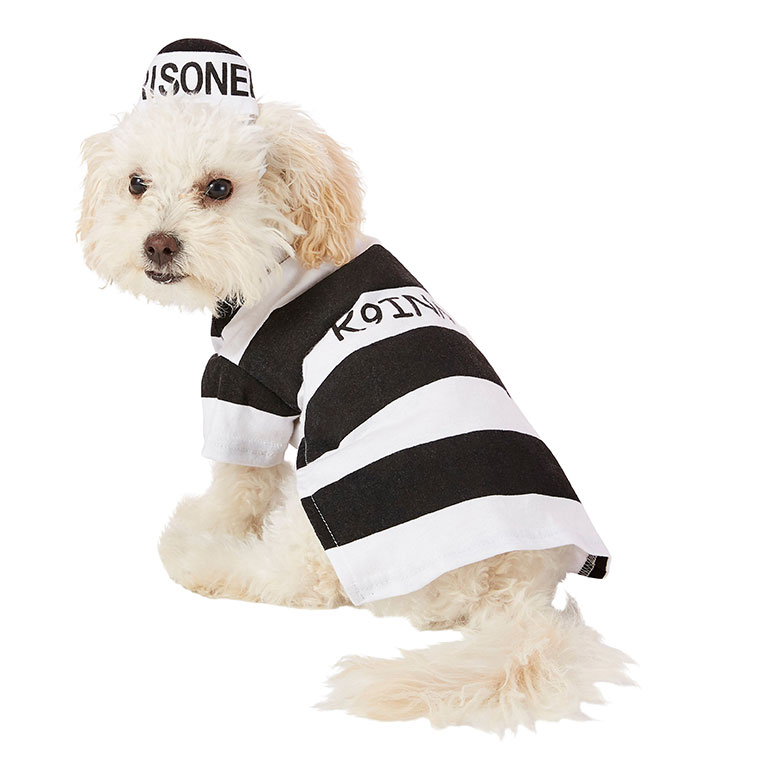